Morrissey’s solo career has been a record collector’s dream, but also a bit of a nightmare. Moz always adds new tracks to his single releases, and he even occasionally releases stand-alone singles that do not appear on any album. He has also released many compilation CDs that include some of these rare songs, but these discs often contain multiple versions of album tracks that fans already own. It can be very frustrating for someone to track down every Morrissey song, not to mention quite expensive.

In fact, many of Morrissey’s best b-sides remain unavailable on any compilation. If you want to get them, you have to track down the original releases and spend big bucks– unless, of course, you happen to stumble upon the Analog Kid blog and find the idiot who has already done just that… 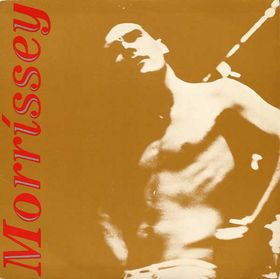 From the CD single Suedehead

“Suedehead” was Morrissey’s first solo single, released only five months after the Smiths bowed out with Strangeways, Here We Come. “Oh Well, I’ll Never Learn” was only available on the UK CD single of “Suedehead,” so fans who bought the vinyl versions missed out on this subtle track.

“East, West” is a cover of an old Herman’s Hermits song, and Morrissey’s version has never appeared on any of his compilations. The CD single for “Ouija Board, Ouija Board” was my very first Morrissey purchase.

From the 12″ single Pregnant For The Last Time

Pregnant For The Last Time

From the 12″ single  Sing Your Life

During the Kill Uncle tour, Morrissey often played a blistering cover of The Jam’s “That’s Entertainment.”. This studio version from the “Sing Your Life” single has a very different feel, and remains unavailable on any other compilation. 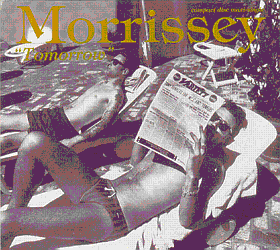 Morrissey: “Let The Right One Slip In” (Written By Morrissey/Alain Whyte/Gary Day)

From the CD single Tomorrow

Let The Right One Slip In

“Let The Right One Slip In” is a classic Morrissey b-side, but it was only released on the U.S. CD single for “Tomorrow.” “Tomorrow” reached #1 on the Billboard Modern Rock chart, making it Morrissey’s most successful U.S. single to that point.

From the 12″ single Certain People I Know

Morrissey: “Ouija Board, Ouija Board” (Written By Morrissey & Stephen Street)

From the 12″ single Sing Your Life

From the album Sound Affects

From the CD single Tomorrow

From the 12″ single Certain People I Know

Posted by The Analog Kid on December 19, 2013 in Alternative and tagged Analog Kid, Morrissey, The Jam, The Smiths.