From the album School Of Fish

I graduated from the University of Texas in May of 1991, and it took me about nine months to find a real job. Money was quite scarce for me during that long job search, and I had to drastically cut down on my music purchases. I kept a written list of all of the albums that I wanted to buy when I finally got a job, and I remember that School Of Fish’s debut album was at the top of that list.

In July of 1993, I was fortunate enough to see School Of Fish open up for Paul Westerberg in Dallas. They played at Trees, a club in Deep Ellum where my band Zen Pirates had often performed the year before. The Westerberg/School Of Fish show was one of the first concerts I attended after undergoing my bone marrow transplant early in 1993, and I was lucky enough to meet with Westerberg after the show. I also had a really great conversation with Josh Clayton-Felt from School Of Fish, and he was nice enough to sign my ticket stub.

Seven years later, Clayton-Felt died from choriocarcinoma. I still have that ticket stub, and I still love School Of Fish.

From the album Electric Landlady

Kirsty MacColl was another brilliant musician who died way too soon. Kirsty released five great albums before her tragic death in a boating accident in 2000, and she also sang backup on a number of hit songs for other artists (The Smiths’ “Ask,” for example). “Walking Down Madison” was Kirsty’s biggest song in the United States, and it peaked at #4 on the Billboard Modern Rock chart in the summer of 1991. The song was co-written by Johnny Marr, who I am pretty sure appeared on 63.8% of all albums released during the years 1990-1992.

From the album Don’t Try This At Home 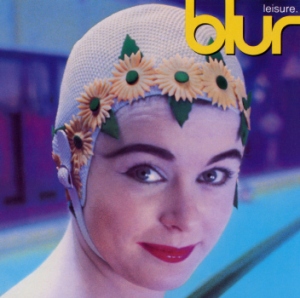 From the album Leisure

There’s No Other Way

In the spring of 1992, my girlfriend Beth was the station manager at SMU’s student radio station. (Before you ask, yes– I did manage to swing a few DJ shifts. Dream fulfilled!) Blur were in the middle of their first American tour at the time, and “There’s No Other Way” was receiving significant airplay on alternative radio. When Blur came to Dallas, Beth got to spend some one-on-one time with them on the afternoon of their show. It did not go well.

On our way to Trees that night, Beth warned me: “These guys are high. So, so high.” She was right– the band was so wasted that they couldn’t even play. I remember them starting and stopping one song at least three times, at which point they just quit and stopped playing. Obviously, Blur didn’t make much of an impression on me that night.

Four years later, my friend John had two free tickets to see Blur (once again, the show was at Trees). I didn’t really want to go after my first Blur experience, but the cost was right so I eventually gave in. Of course, they were amazing that night and I became a big fan. Stay off the drugs, boys and girls– at least before gigs…

From the U.K. CD single Born Of Frustration

Original version from the album Seven

James were one of Beth’s favorite bands, which may be the main reason I never bought any of their albums in the early ’90s. She played them constantly, so I think my brain simply shut most of it out. In the late ’90s, James released a greatest hits CD and I bought a used copy.

Beth was a very wise young lady. And Beth, I have one more confession to make: I love New Order now as well. Really!