In this continuing series, the Analog Kid blog takes a look at songs that should have (in my humble opinion) been much bigger on the charts than they actually were. Maybe they were released as singles and never quite caught on, or perhaps they were buried on side four of a double album and left to obscurity. Maybe the bands’ record labels were simply run by cocaine-fueled monkeys. Whatever the reasons, it’s time to give these great tunes their just due. One thing’s for sure: they were all hits in my house…

Frōzen Ghōst’s “Should I See” was a minor hit back in 1987, reaching #69 on the Billboard Hot 100. I recall hearing it on the radio in Austin a few times and liking it, but I quickly forgot about the song when it dropped off of KLBJ’s playlist.

A few years ago, I stumbled upon a copy of Frōzen Ghōst  at a local used CD store. The name rang a bell, so I bought it and heard “Should I See” for the first time in more than twenty years. The song must have left quite an imprint on my brain, as I was singing along with it almost immediately. “Should I See” has now become one of my favorite ’80s songs, and I’m simply mystified as to why it didn’t have better success on the charts. Perhaps it sounded a little too much like The Fixx, but I certainly don’t consider that a bad thing.

Frōzen Ghōst made two more records before breaking up, and I eventually tracked down copies of both of them. I started digging around on-line for some information on the band, and was shocked to find out that both members of Frōzen Ghōst had been members of Sheriff. Sheriff was a Canadian AOR band that released one record back in 1982, and had a minor hit (#63 on the Hot 100) with the ballad “When I’m With You.”

After Sheriff broke up, keyboardist Arnold Lanni and bassist Wolf Hassel formed Frōzen Ghōst. They were probably as shocked as anyone when a radio station in their native Canada started playing “When I’m With You” again in 1988, prompting Capitol Records to once again release the song as a single. This time, “When I’m With You” went all the way to number one in the United States.

Despite pleas from their former Sheriff bandmates to reunite, Lanni and Hassel stayed committed to Frōzen Ghōst. Sheriff vocalist Freddy Curci and guitarist Steve DeMarchi decided to capitalize on the success of “When I’m With You” by forming the new band Alias. They completed their line-up by adding three former members of Heart, and their debut album Alias produced the #2 single “More Than Words Can Say” in 1990.

I own the Sheriff and Alias albums, of course, but I hardly ever play them. I listen to Frōzen Ghōst all of the time, and hope that you enjoy “Should I See” as much as I do. 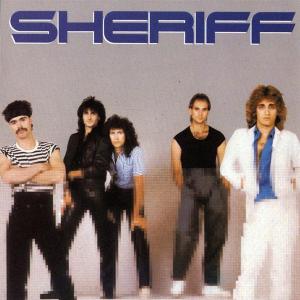 Sheriff: “When I’m With You” (Written By Arnold Lanni)

From the album Sheriff 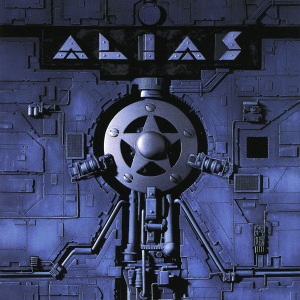 From the album Alias

Posted by The Analog Kid on December 18, 2013 in Pop, Rock and tagged Alias, Analog Kid, Frozen Ghost, Sheriff, When I'm With You.