Today is my 3rd wedding anniversary. My wife is so wonderful that she had no issues with me traveling solo to Houston for last night’s Bruce Springsteen show, even though it meant that I would be absent for a big chunk of today. Well, I’m back now and I am dying to tell you all about the show– especially the fact that Bruce played “One Step Up” with the E Street Band for the first time since 1988. It’s one of my favorite Bruce songs, but to say that it would be a very bad song to analyze on my anniversary would be a huge understatement. Therefore, I’ll save my musings on “One Step Up” for another time and instead present a much more appropriate anniversary tune. Love you, honey!

From the album Modern Stone-Age Melodies

P.S. We’re spending tonight a few rows about the dugout at the Rangers-Rockies game. See, I told you that Mrs. Analog Kid is amazing!!

Pebbles & Bamm-Bamm: “Open Up Your Heart And Let The Sunshine In”

From the album Modern Stone-Age Melodies

Open Up Your Heart And Let The Sunshine In 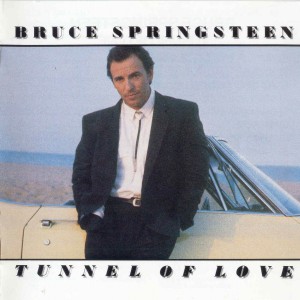 From the album Tunnel Of Love

Posted by The Analog Kid on May 7, 2014 in Rock, Soundtrack and tagged Analog Kid, Bruce Springsteen, Happy Anniversary, Pebbles & Bamm-Bamm, The Flintstones.