Every Tuesday, the Analog Kid blog goes back in time and features some groovy R&B/soul songs from a specific year. Sometimes you’ll hear songs from individual artists, and other times you’ll get an entire full-length classic LP ripped directly from the Analog Kid’s vast vinyl vault. Warning: by R&B/soul, I also mean disco. I could go Patrick Hernandez on your ass at any given moment, so just be ready! 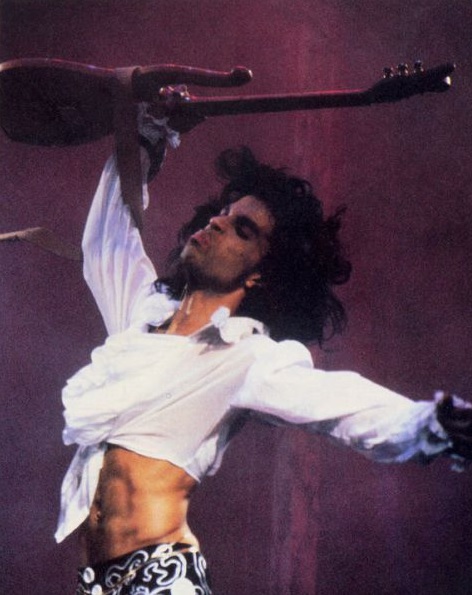 You knew this one was coming at some point, didn’t you?

The Black Album was supposed to be Prince’s follow-up to 1987’s Sign O’ The Times, but Prince changed his mind and pulled the release at the last moment. Some promotional copies had already been distributed, though, and The Black Album soon became one of the most infamous bootlegs in music history.

I remember taping a vinyl copy from my friend Dave in the late ’80s, and to say that the sound quality was poor would be an insult to poor people. Still, I played that cassette until I wore it out. Luckily for me, Warner Brothers decided to legitimately release The Black Album in 1994. Is it a coincidence that Prince changed his name and started wearing the word SLAVE imprinted on his face around this time? Probably not.

The CD version of The Black Album was only in print for about a year, so copies are now very hard to come by. I purchased an extra about five years ago when I found a used copy at my local record store, and that was the last copy I’ve seen for sale. If you see one, BUY IT. If not, just come back to the Analog Kid blog for future listenings– it will be here until Prince sends me a cease and desist order. Rockhard in a funky place!

8. “Rockhard In A Funky Place” (Prince/Leeds)

Rockhard In A Funky Place 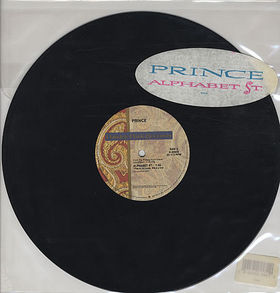 Prince: “Alphabet St. (this is not music, this is a trip)” (Prince)

From the 12″ single Alphabet St.

Vinyl rip courtesy of the Analog Kid (and Prince, of course. Please don’t sue me!)

Alphabet St “this is not music, this is a trip”

From the album Crystal Ball