It may seem like Prince appears on almost every Groovy Tuesday, but the truth is that it’s been over six months since I featured his Purple highness. That’s just not smart business on my part, as my Prince posts consistently receive more traffic than any other artist on the Analog Kid blog. Any guesses as to this site’s all-time views leader? It’s this one:

I doubt that today’s post about 1999’s Rave Un2 The Joy Fantastic will generate as much interest as my Black Album post, but it’s actually almost as rare. Like The Black Album, Rave Un2 The Joy Fantastic is currently out of print– you can’t even download mps3 from Amazon or iTunes. The album was supposed to be Prince’s big comeback after signing with Arista Records, but it just felt a little too forced. There are way too many “superstar” appearances on the album: Gwen Stefani, Sheryl Crow, Chuck D, and Ani Difranco all share vocals with Prince on different tracks. It seems like Clive Davis was trying to do for Prince what he did for Santana earlier that year, but clearly it didn’t work– “The Greatest Romance Ever Sold” peaked at #63, and Prince didn’t even tour to support the album.

Despite the record’s lackluster performance, there are redeeming qualities to Rave Un2 The Joy Fantastic. I think Rave would have fared much better on the charts if the Stefani duet “So Far, So Pleased” had been released as a single– it’s clearly the catchiest song on the record, but apparently the impending release of Return Of Saturn meant that it had to remain an album cut. My other favorite track is “Wherever U Go, Whatever U Do,” a song that just oozes everything that I love about Prince. “Wherever” is technically the final song on the album, although there are actually two hidden bonus tracks tacked on at the end. I have separated these for you so that each song can be played independently. I know, I know– I’m cool like that…

3. “The Greatest Romance Ever Sold” (Prince)

The Greatest Romance Ever Sold

So Far, So Pleased

The Sun, The Moon And Stars

Everyday Is A Winding Road

I Love U, But Dont Trust U Anymore

Wherever U Go, Whatever U Do

From the album Return Of Saturn

From the album Sheryl Crow

Everyday Is a Winding Road 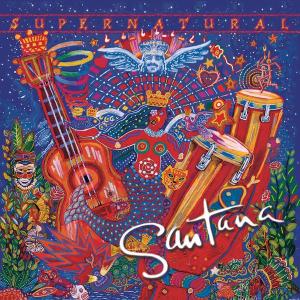 From the album Supernatural

From the album Reachin’ (A New Refutation Of Time And Space)