1984’s Kihntagious was the last album credited to the Greg Kihn Band, a staple of early ’80s album rock radio. Kihn and his bandmates had been crafting superb power pop songs for years, and finally had their breakthrough Top 10 single with 1983’s “Jeopardy” (they had come close in 1981 with “The Breakup Song,” which peaked at #15). A classic video helped propel “Jeopardy” all the way to #2– a little song called “Beat It” likely kept the band from reaching the top slot.

Kihntagious didn’t spawn any massive hits, but it did contain my personal favorite song from the band: the ultra-contagious “Reunited.” I’m still not sure why “Reunited” fizzled on the pop charts, but it did get all the way to #9 on the Billboard Mainstream Rock chart.

After the release of Kihntagious, the long-running band called it quits. Kihn went on to a successful solo career, and eventually became a very popular DJ and author. Kihn is also one of the select few rock stars who follow The Analog Kid Blog on Twitter, so clearly he is a man of exquisite taste.

Kihntagious was briefly available on CD in Germany in the late ’80s, but even The Analog Kid has never seen an actual copy. Instead, I have crafted this lovingly-restored 320 kbps rip from my original vinyl. They don’t make ’em like that anymore…

6. “One Thing About Love” (Kihn/Wright/Phillips/Lynch/Douglass)

One Thing About Love

7. “Worst That Could Happen” (Kihn/Phillips)

Worst That Could Happen

8. “Trouble With The Girl” (Kihn/Wright/Phillips)

Trouble With The Girl 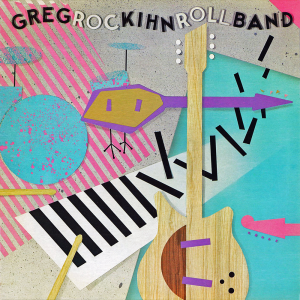 From the album Thriller