Lost In The Flood: Hard-To-Find ’70s Albums (John Paul Young’s “Love Is In The Air”)

The Analog Kid blog has been featuring out-of-print ’80s albums on “The Lost Boys” series for quite a while, and now it’s time for the ’70s to join the party! “Lost In The Flood: Hard-To-Find ’70s Albums” will give you the chance to listen to some great music from the ’70s that can no longer be easily acquired on-line or at your local record store (especially since many of you probably no longer even HAVE a local record store!).

John Paul Young’s “Love In In The Air” reached #7 on the Billboard Hot 100 in 1978, and was the only American Top 40 hit for the Australian singer. “Love Is In The Air” was written and produced by Harry Vanda and George Young, who made an early mark in the business as members of the Easybeats (1967’s “Friday On My Mind”). The duo went on to write and produce for a slew of Australian artists, including a certain semi-famous band that featured Young’s little brothers on guitar. Vanda and Young also fronted the new-wave group Flash And The Pan, and had a minor hit in the U.S. in 1979 with “Hey, St. Peter.” In 2000, John Paul Young closed out the Sydney Olympics with a performance of “Love Is In The Air” at the closing ceremonies.

Love Is In The Air has never been released on CD, so I ripped the version below from my own copy of the original promo LP.

John Paul Young: Love Is In The Air

Love Is In The Air

4. “The Day That My Heart Caught Fire” (Vanda/Young)

The Day That My Heart Caught Fire

Lost In Your Love

Lovin’ In Your Soul

Love Is In The Air [Single Version]

The Easybeats: “Friday On My Mind” (Vanda/Young)

From the album Friday On My Mind

Friday On My Mind 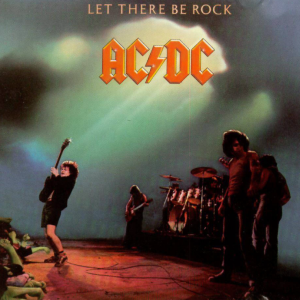 From the album Let There Be Rock

From the album Flash And The Pan

Posted by The Analog Kid on May 12, 2014 in One-Hit Wonders, Pop, Rock and tagged AC/DC, Analog Kid, Flash And The Pan, Friday On My Mind, John Paul Young, The Easybeats.