The Cult’s Love album is one of my all-time favorite records. It’s part punk, part goth, part new-wave, and it’s the one album the band made that sounds uniquely like The Cult. Electric rocks, but it’s AC/DC meets Zeppelin. Sonic Temple is a superbly constructed hard rock album, but twenty other bands from the era could have made a similar record. Love, on the other hand, is pure Cult.

The band was on such a roll during the Love sessions that you could make a fantastic album from the songs that didn’t even make the finished record. Many of these cuts were released as b-sides on the various 7″ and 12″ singles drawn from Love, and three of them appear on the Revolution EP. All three of these songs would have fit beautifully on Love— in fact, “Judith” actually was included as an extra track on the European CD version of the album (along with “Little Face,” the b-side of “Rain”).

I first acquired the Revolution EP at Waterloo Records in Austin somewhere around 1987. I must have taped it for a lot of friends, as evidenced by the fact that my original vinyl is a bit of a crackly mess. The EP has never been released on CD in its original format, but all of its tracks have appeared on various compilation discs. I used these sources to put together this digital copy of a truly classic EP. 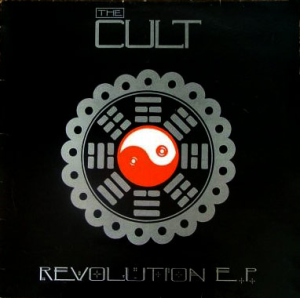 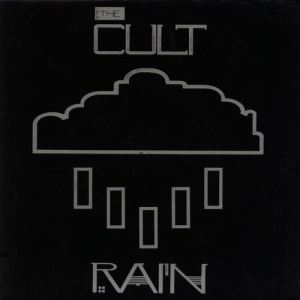 From the 12″ single Rain