Boss fans are buzzing with rumors of a new Bruce Springsteen album, a mere two years after the release of 2012’s Wrecking Ball. On Monday, Bruce’s website announced the release of a new single, entitled “High Hopes,” on November 25. Will a new album follow? It sure seems like it. A few months back, Springsteen announced a number of tour dates for Australia in February of 2014. At the time, fans were a bit confused by the stand-alone dates– now, they seem to make a lot more sense…

The new single “High Hopes” is a cover song, written by Tim Scott McConnell of The Havalinas. Bruce & The E Street Band have actually recorded “High Hopes” before– it was one of the songs they tackled during the E Street reunion sessions for the 1995 Greatest Hits album. “High Hopes” didn’t make the final cut for the record, but it was eventually released on an EP that was only available with purchase of the Blood Brothers VHS documentary. That EP has become a super-rare Bruce collectible, and the Analog Kid is now happy to share it with you in celebration of what appears to be a 2014 filled with more E Street magic!

Note for Bruce: please get your ass back to Texas. You haven’t played here since a gig in Austin in early 2009, and you haven’t played in Dallas since the “Magic” tour back in 2008. I’m tired of flying around the world to see you. (OK, I’m really not tired of it. I love it. But it would be nice to see you without having to get on an airplane first!) 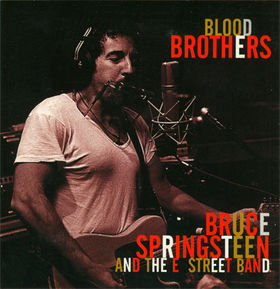 5. “Without You” (Bruce Springsteen)

From the album The Havalinas