Every Tuesday, the Analog Kid blog goes back in time and features five groovy R&B/soul songs from a specific year. Warning: by R&B/soul, I also mean disco. I could go Maxine Nightingale on your ass at any given moment, so just be ready!

This week, we travel back to 1976– what a year! It was almost impossible to only pick five songs from such an incredible year for R&B/soul classics. Perhaps we’ll do 1976 part two next week!

The Brothers Johnson: “I’ll Be Good To You” (George Johnson/ Louis Johnson/Senora Sam)

From the album Look Out For #1

I’ll Be Good To You

George and Louis Johnson spent the better part of the early ’70s backing a slew of classic R&B acts, including Billy Preston, The Supremes, and Bobby Womack. The brothers eventually hooked up with Quincy Jones, and he produced their debut album, Look Out For #1, in 1976. The single “I’ll Be Good To You” was an absolute smash, reaching #1 on the Billboard R&B chart and going all the way up to #3 on the Hot 100.

Rose Royce: “I Wanna Get Next To You” (Norman Whitfield)

I Wanna Get Next to You

I stumbled upon Car Wash on one of my 462 HBO channels earlier this year. I saw it a million times as a kid (anyone remember ONTV in Southern California?), but it had been at least thirty years since my last viewing. Surprisingly, it’s still pretty damn funny and holds up quite well. Of course, the fact that the music is still fantastic goes without saying. The legendary Norman Whitfield wrote and produced “I Wanna Get Next To You” for Rose Royce, and the result was a Top 10 single and one of the best soul records of the ’70s.

Silver Convention: “Get Up And Boogie” (Stephan Prager/Silvester Levay)

That’s right! You gotta love a song that’s almost eight minutes long, yet contains only six different words. “Get Up And Boogie” was the second smash hit for Silver Convention, a euro disco act from West Germany. The band had reached #1 the previous year with “Fly, Robin, Fly,” another song that features exactly six different words. Up, up to the sky!

Bizarre trivia: drummer Keith Forsey was a hired hand in Silver Convention, but he went on to work extensively as a producer with Billy Idol. Forsey won an Academy Award for co-writing “Flashdance…What A Feeling,” and he also penned the Simple Minds classic “Don’t You (Forget About Me).”

From the album All Things In Time

“You’ll Never Find Another Love Like Mine” hit #2 on the Hot 100 in 1976, and was the biggest hit of Lou Rawls’ career. Songwriters Kenny Gamble and Leon Huff, who worked extensively with Rawls and many other Philly-based acts, were inducted into the Rock and Roll Hall of Fame in 2008. Lou passed away from cancer in 2006.

From the album Misty Blue

“Misty Blue” was originally written by Bob Montgomery for Brenda Lee, but she wasn’t interested in recording it. A number of other country acts had some minor successes with the song, but it’s Dorothy Moore’s soulful torch rendition that has made “Misty Blue” a classic. Dorothy’s version was released in late 1975, and slow-burned its way up to #3 in June of 1976. 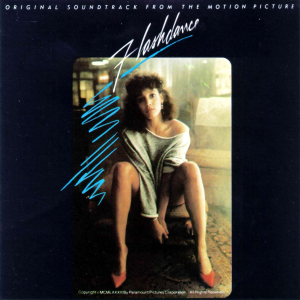 From the original soundtrack Flashdance

From the 12″ single Don’t You (Forget About Me)

Don’t You (Forget About Me) [Long Version]