It’s Tuesday, and that means it’s time for The Analog Kid Blog to go back in time and feature some of the funkin’ grooviest R&B/soul songs of the ’60s, ’70s, and ’80s. Sometimes I’ll feature songs from individual artists or from a specific year, and other times you’ll get an entire full-length classic LP ripped directly from the Analog Kid’s vast vinyl vault. Warning: by R&B/soul, I also mean disco. I might go all Michael Zager Band on your ass at any given moment, so just be ready!

You remember the hype. You remember the ego (“My album is better than Sgt. Pepper.”). But do you remember the music? Almost thirty years later, the truth is still simple: Introducing The Hardline According To Terence Trent D’Arby is one fantastic album. I still play it all of the time, and I am constantly bewildered as to how someone so talented seemed to disappear so quickly.

Maybe it was the hype and the ego that brought Terence Trent D’Arby down. Maybe it was simply the pressure (much of it self-inflicted, obviously). Whatever the cause, it’s a shame that a performer as gifted as D’Arby has been reduced to almost an afterthought when discussing ’80s and ’90s pop music. Terence did release some good stuff after his disastrous second album, but nobody seemed to care anymore.  The man who was hyped as the next Madonna or Michael Jackson turned out to not even be the next Rockwell, and that still depresses me.

Take one listen to this fantastic 12″ single, featuring three different versions of “Dance Little Sister.” Listen to the voice. Listen to the groove. Listen to the $%#@ing KILLER vinyl transfer (pats self on back in a most self-congratulatory manner, which seems somehow extra-appropriate on a post about Terence Trent D’Arby). The hype was indeed justified: this man should have been a superstar.

From the album Somebody’s Watching Me 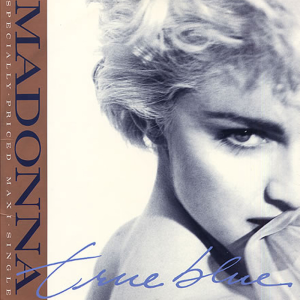