“Cherish” has always been one of my favorite Madonna songs. It has a loveable sweetness about it that recalls some of her early singles, and I challenge you to not sing along with the insanely catchy chorus! I wasn’t really much of a Madonna fan back in her ’80s heyday, but I begrudgingly agreed to take my girlfriend to see the Blonde Ambition tour in early 1990. We bought two seats at the last minute from a scalper outside Dallas’ Reunion Arena, and to our astonishment we were about ten feet from the stage. Put simply, I was blown away by the performance– in fact, her only slip-up that night was saying, “Thank you, Houston!” at the end of the set.* I bought the Like A Prayer CD the next day.

Madonna played “Cherish” on stage that night, and it’s still my favorite song on Like A Prayer after all these years. “Cherish” fell just short of becoming Madonna’s eighth number one single when it peaked at #2 on the Billboard Hot 100 in October of 1989. The song that kept “Cherish” out of the #1 slot? “Miss You Much” by Janet Jackson.

The German 12″ single for “Cherish” contains a relatively straight-forward (for Madonna, anyways) extended version, and also features the slightly edited 7″ version. The real treat on the 12″ is the previously unreleased “Supernatural,” a song written during the sessions for 1986’s True Blue. Madonna has only released a handful on non-album tracks in her long career, and “Supernatural” is definitely one of the best– and certainly one of the hardest to find! A remixed version of the song did appear on the 1992 compilation Red Hot + Dance, but the original version of “Supernatural” has never appeared on any other Madonna release.

Madonna once rather famously referred to “Cherish” as “retarded,” a label she also applied to 1985’s “Into The Groove.” Well, Madonna, I can only say this: in addition to being more that just a little bit politically incorrect, that statement is also majorly lame-brained, dim-witted and straight up cuckoo for Cocoa Puffs!

* after a large amount of booing from the crowd, Madonna returned to the stage for the encore. She immediately got down on her knees and bowed to the crowd and begged for our forgiveness. Then she played “Holiday,” and any and all remaining ill will went right out the window. 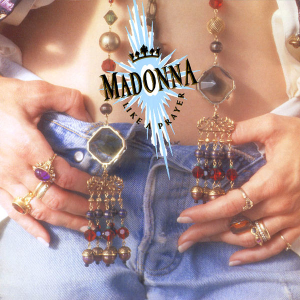 From the album Red Hot + Dance

Madonna: “Into The Groove” (Madonna/Stephen Bray) 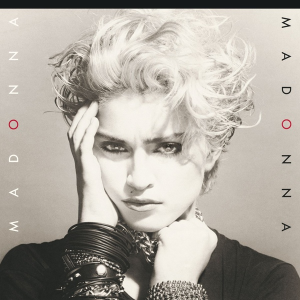 From the album Madonna

Posted by The Analog Kid on July 1, 2015 in Dance, Pop, Soul/R&B and tagged Analog Kid, Cherish, Holiday, Into The Groove, Janet Jackson, Like A Prayer, Madonna, Miss You Much, Supernatural.