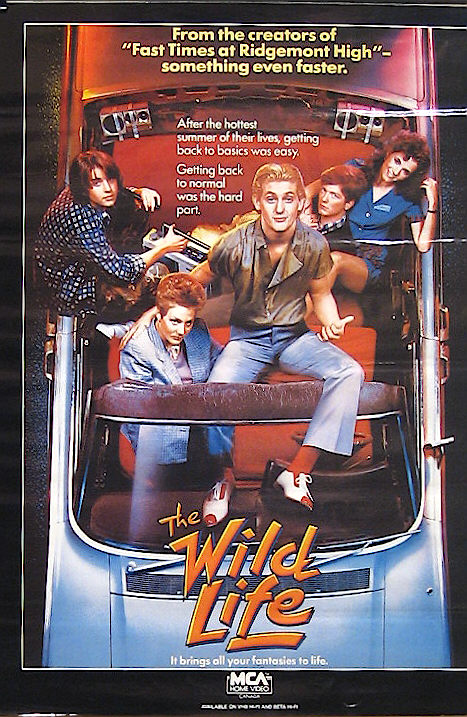 1984’s The Wild Life was the second film script penned by former Rolling Stone writer Cameron Crowe. I think I saw this movie once on HBO back in the mid-’80s, but I really can’t remember anything about it other than the fact the Sean Penn’s brother Chris was one of the stars. Turns out there were lots of other famous people in the movie as well– Lea Thompson, Rick Moranis, Eric Stoltz, and Ilan Mitchell-Smith (don’t tell me that you’ve forgotten the immortal Wyatt from Weird Science already!) were all part of the cast.

Needless to say, The Wild Life wasn’t nearly as successful as Crowe’s first (Fast Times At Ridgemont High) and third (Say Anything) screenwriting efforts. It does share one thing in common with those legendary teen classics, though: a diverse and appealing soundtrack. Of course, that description applies to just about every Cameron Crowe movie. Like his character Russell Hammond from Almost Famous, Crowe simply digs music.

There are a few notable solo debuts on The Wild Life soundtrack. Edward Van Halen contributes the instrumental track “Donut City,” his first solo credit away from Van Halen. The Plimsouls’ Peter Case makes his solo debut with the fantastic “Who’s Gonna Break The Ice,” and a very young Charlie Sexton preens his way through the Stones’ “It’s Not Easy” (with a little help from Ron Wood). Andy Summers’ “Human Shout” sounds like a decent Police b-side, and Banarama actually had a minor hit single with the title track. The soundtrack also contains cuts from Paisley Underground legends The Three O’Clock, Canadian metal band Hanover Fist, classic one-hit wonder Van Stephenson, Louise Goffin & Go-Go Charlotte Caffey, and an obscure L.A. band called What Is This. Never heard of them, you say? What Is This featured guitarist Hillel Slovak and drummer Jack Irons, and one Michael “Flea” Balzary had previously played bass for the group. Later that year, the three teamed up with singer Anthony Kiedis and started a new band: The Red Hot Chili Peppers.

The Wild Life soundtrack has never been released on CD, so I did my best to create a high-quality transfer from my original vinyl copy. The Analog Kid hopes you enjoy this lost ’80s gem!

The Wild Life: Music From The Original Motion Picture Soundtrack

Metal Of The Night

Mind My Have Still I

From the album Aftermath

Sorry guys, there used to be a link to a Stones song right here– until I got a notice that said, “You’re a very naughty boy, Mr. Analog Kid, Please remove our song from your site. Love, Mick & Keef.” I’m a little bummed, but also very honored to be sent a legal notice from the Stones!

From the album Righteous Anger 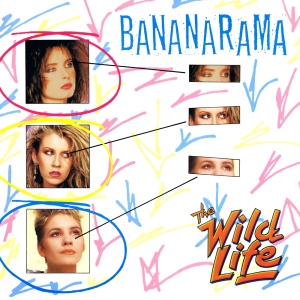 From the 12″ single The Wild Life 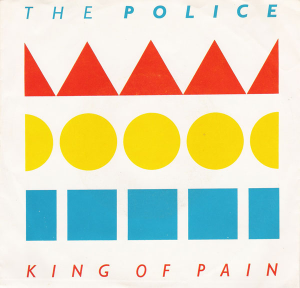 The Police: “Someone To Talk To” (Andy Summers)

B-side of the 7″ single King Of Pain

Someone To Talk To

From the album The Red Hot Chili Peppers