EP-iphanies: Garbage’s “Only Happy When It Rains” [U.K. CD Single]

I often like to joke that I lost all interest in popular music somewhere around 1995, but there is some actual truth to the statement. There are really only a few bands that have come along since the mid-’90s that I really love, and one of those bands is Garbage. I bought the band’s self-titled debut album almost  immediately after its release in late 1995 based on two things:

a) a favorable article about the band that I had read in a local newspaper during a visit to their hometown of Madison, Wisconsin

b) the presence of Butch Vig on drums.

I loved Butch’s production work with Smashing Pumpkins and you-know-who, and I was dying to hear what his own music would sound like. Of course, Garbage wasn’t just about Butch. Duke Erikson had played with Vig in the bands Fire Town and Spooner, Steve Marker had engineered and produced records from L7 and the Heart Throbs, and Shirley Manson had released a great record the year before with her band Angelfish.

My decision to purchase Garbage without hearing a single song in advance was  immediately rewarded– I loved the record from the very first listen. I liked it so much, in fact, that I started buying Garbage’s import singles just so that I could get my hands on all of the previously unreleased b-sides. Some of these b-sides were every bit as good as the songs on the album, and many were even better. The CD single for “Only Happy When It Rains” contained two fantastic new tracks in “Girl Don’t Come” and “Sleep,” and I was very pleasantly surprised to hear the band perform “Girl Don’t Come” live when I saw them live for the first time in Dallas in early 1996. Garbage also played “Trip My Wire” that night, a b-side from the “Queer” single and– in my opinion–  the best song the band has ever released.

The show that I had attended in Dallas was in a small club with a capacity of well under 1,000 people.  When I saw Garbage again later that year, they were opening for Smashing Pumpkins (at the height of their fame) in a 17,000 seat arena, and the Austin crowd cheered just as loudly for Garbage that night as they did for the Pumpkins. And whadda you know– they shocked me by playing “Trip My Wire” again even though their set lasted less than an hour. Butch and Shirley and Duke and Steve know what a good song sounds like, even when it’s only a b-side…

Garbage: Only Happy When It Rains [U.K. CD Single]

Only Happy When It Rains

From the U.K. CD single Queer

Fire Town: “She Reminds Me Of You” [Duke Erikson]

From the album The Good Life

She Reminds Me of You 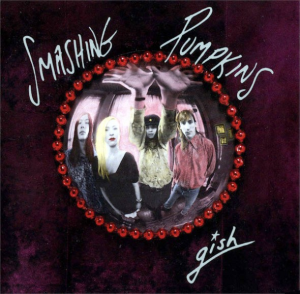 Smashing Pumpkins: “I Am One” (Billy Corgan/James Iha)

From the album Gish

From the album Bricks Are Heavy 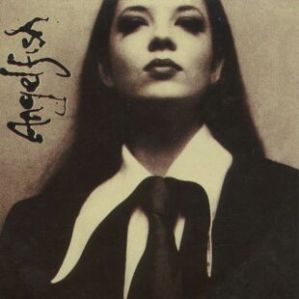 From the album Angelfish