Groovy Tuesday: “A Taste Of Honey”

We haven’t had a lot of the “groovy” on Tuesdays around here lately (thanks, hard drive crash!), so it’s time to get back to serious business with one of the best disco records of all time: the 1978 self-titled debut album from A Taste Of Honey. The L.A.-based band was fronted by striking vocalists Hazel Payne and Janice-Marie Johnson, but A Taste Of Honey were a true band: Payne and Johnson handled guitar and bass in addition to their vocal duties, and keyboardist Perry Kibble and drummer Donald Johnson were both major songwriting contributors. This band could flat-out play: check out this great performance of “Boogie Oogie Oogie”  from The Midnight Special in 1978:

“Boogie Oogie Oogie” spent three weeks at #1 in September of 1978, and in my eyes it is certainly one of the top five songs of the disco genre. “Boogie Oogie Oogie” was written after the band had a rough gig at an Air Force base* in which the audience members refused to even acknowledge the effort the band was putting forth. After the song hit #1, A Taste Of Honey no longer had any trouble getting people out of their chairs and onto the dance floor.

Sadly, the band’s lineup didn’t last very long. By the time their cover of “Sukiyaki” reached #3 on the Hot 100 in June of 1981, only Hazel and Janice-Marie remained in the group. 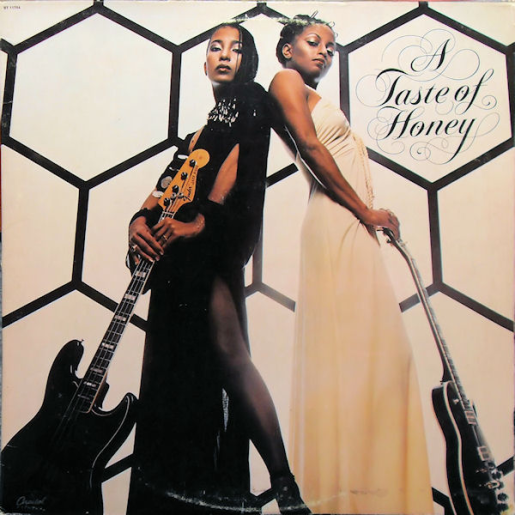 This Love Of Ours

* I wonder if they played “Sex Farm?” 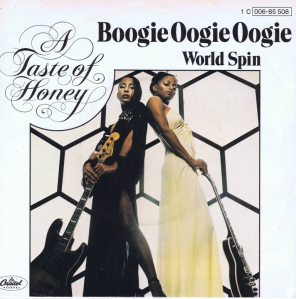 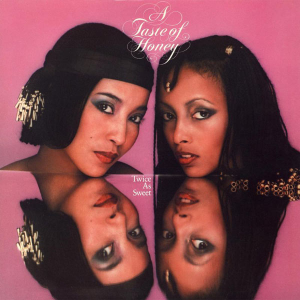 A Taste Of Honey: “Sukiyaki” (Nakamura/Ei)

From the album Twice As Sweet 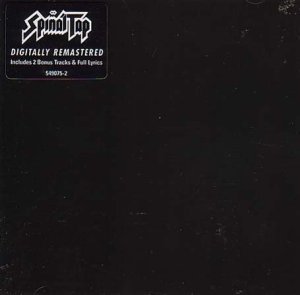 From the album This Is Spinal Tap