The Lost Boys: Hard-To-Find ’80s Albums (“Back Into Blue” By Quarterflash)

The rather bizarre video for Quarterflash’s “Harden My Heart” made quite an impression on me during the summer of 1982. That was my first summer with access to MTV, and I’ll roughly estimate that I saw the video at least 897 times during that three-month span. I must also admit that I had a bit of a crush on Rindy Ross– there was just something about her blowing on that sax that little 14-year-old Analog Kid found extremely enjoyable. Like many of my friends, I bought the Quarterflash album and was even lucky enough to see them live (they opened for Sammy Hagar).

Quarterflash released their second album, Take Another Picture, during the summer of 1983. I am pretty sure that it was released the same day as Asia’s Alpha, as I remember buying both of them at the same time. This time, however, I was the only one of my friends to buy the LP (come to think of it, the same could be said of Alpha. All of my buddies owned Asia’s first record, but I guess “The Smile Has Left Your Eyes” just didn’t do it for the masses). “Take Me To Heart” received a decent amount of airplay (it peaked at #14 on the Billboard Hot 100), but even then I knew that the band had lost a large amount of their clout with the kids.

By the time I was a freshman in college, Quarterflash was almost an afterthought to me. The band released Back Into Blue in 1985, and I remember seeing the record in the multiple music shops along the Drag right off the UT campus. Believe it or not, there was actually a time when I didn’t  just buy every single album by every single band I had ever heard of, and I just never felt the urge to acquire it. Many others apparently had the same reaction, as Back Into Blue didn’t even make it into the Top 100 on the album charts. It would be six long years before Quarterflash would release another record.

About three years ago, I ran across a now-rare CD copy of Back Into Blue at my local Half Price Books. It cost me $11.99, but at long last my collection of ’80s-era Quarterflash was complete. And you know what? It’s really a pretty good little record that deserved a much wider audience. “Walking On Ice” is a great song, and I probably would have purchased the album back in 1985 if I had heard it on the radio. But I didn’t hear it, and Quarterflash went away for a long, long time. But don’t feel bad for them– Marv & Rindy are still married, and they are still making music together. And thanks to YouTube, I can still watch that creepy “Harden My Heart” video whenever my heart desires…

Quarterflash: Back Into Blue

Caught In The Rain

I Want To Believe It’s You

6. “Love Without A Net (You Keep Falling)” (Marv Ross/Rindy Ross)

Love Without A Net (You Keep Falling)

Welcome To The City 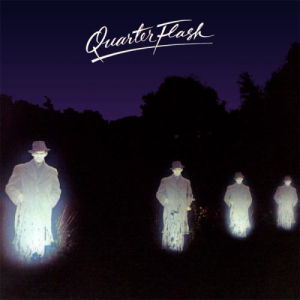 From the album Quarterflash

From the album Take Another Picture

Take Me To Heart 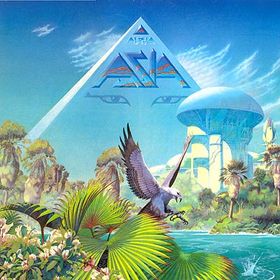 Asia: “The Smile Has Left Your Eyes” (John Wetton/Geoff Downes)

From the album Alpha

The Smile Has Left Your Eyes

Posted by The Analog Kid on August 14, 2014 in Rock and tagged Analog Kid, Asia, Back Into Blue, Harden My Heart, Marv Ross, MTV, Quarterflash, Rindy Ross.