Odyssey’s classic self-titled debut album featured “Native New Yorker,” the band’s only real Top 40 hit in the United States. “Native New Yorker” was a Top 10 smash on both the Billboard Dance and R&B charts in 1977, and the single even managed to make it up to #21 on the pop charts. The three-member band (originally made up of sisters Lillian and Louise Lopez and bassist/vocalist Tony Reynolds)  never again experienced that level of success in their native country, but they did have a string of Top 10 hits in the U.K. 1980’s “Use It Up And Wear It Out” was a #1 single across the pond, and “Going Back To My Roots” (from 1981) was also a Top 5 hit overseas. Lillian Lopez passed away in 2012, but her son Steven now leads the band that she started back in New York in the mid-’70s.

Odyssey’s debut record was finally released on CD a few years ago, but some things are simply meant to be heard on vinyl (especially when you have a nice new preamp and turntable that you want to test out!). I created the mp3s below from my original LP copy of Odyssey earlier today, and so far it has indeed been a very Groovy Tuesday in the Analog Kid’s basement! 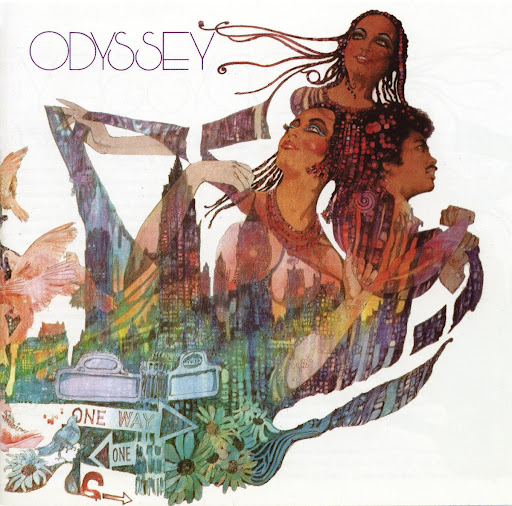 You Keep Me Dancin’

5. “The Woman Behind The Man” (Linzer/Randell)

The Woman Behind The Man

8. “Thank You God For One More Day” (Linzer/Randell)

Thank You God For One More Day

Odyssey: “Use It Up And Wear It Out” (Linzer/Brown)

From the album Hang Together

Use It Up And Wear It Out 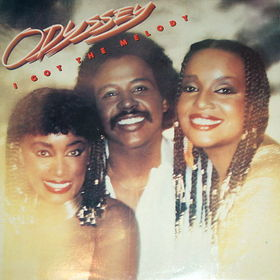 Odyssey: “Going Back To My Roots” (Dozier)

From the album I Got The Melody

Going Back To My Roots 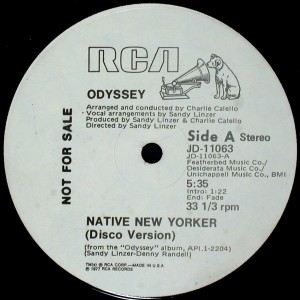 From the 12″ single Native New Yorker