Groovy Tuesday: Marilyn McCoo & Billy Davis, Jr’s “I Hope We Get To Love In Time”

Certain songs take you right back to where you were when you first heard them, and that happens to me every time I hear “You Don’t Have To Be A Star (To Be In My Show).” I played my 45 until it crumbled in 1976 and 1977, and I still feel like a nine-year-old whenever I listen to this soul classic. It reminds me of a time when all I cared about was shooting baskets, my baseball cards, and (of course) my records– and this record will always be one of my favorites.

Marilyn McCoo and Billy Davis, Jr. were married in 1969, when both were members of The Fifth Dimension. They left the band in 1975, and I Hope We Get To Love In Time was their first release as a duo. The title track was a minor hit when it was released as the album’s first single, but it was the second single from Marilyn and Billy that would immediately take over radio stations across the country. “You Don’t Have To Be A Star (To Be In My Show)”  went straight to the top of both the Billboard Hot 100 and Soul charts upon its release, and would go on to win a Grammy for Best R&B Performance by a Duo or Group with Vocals.

The duo would go onto record two more albums, and of course Marilyn became known to a new generation as the host of Solid Gold in the ’80s. Marilyn and Billy still occasionally perform together, and their show is still going strong after 44 years of marriage. 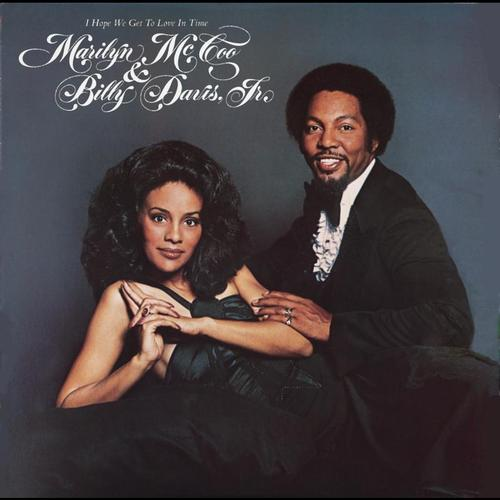 Marilyn McCoo & Billy Davis, Jr: I Hope We Get To Love In Time

I Still Will Be With You

Nothing Can Stop Me

You Can’t Change My Heart

I Hope We Get To Love In Time

8. “My Love For You (Will Always Be The Same)” (Beal/MacKechine)

My Love For You (Will Always Be The Same)

We’ve Got To Get It On Again

From the album The Age Of Aquarius

Aquarius/Let the Sunshine In (The Flesh Failures)

The 5th Dimension: “(Last Night) I Didn’t Get To Sleep At All” (Macaulay)

From the album Individually & Collectively

(Last Night) I Didn’t Get To Sleep At All

Posted by The Analog Kid on June 17, 2014 in Pop, Soul/R&B and tagged Analog Kid, Marilyn McCoo & Billy Davis Jr, The 5th Dimension, You Don't Have To Be A Star.