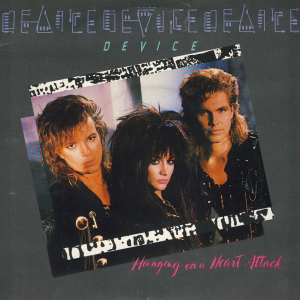 Original version from the album 22B3

Songwriter Holly Knight was responsible for some of the most memorable songs of the ’80s (“Love Is A Battlefield” and “Never” among them), but “Hanging On A Heart Attack” was the only song she took into the Top 40 as a performer. Device disbanded after only one album, and Knight returned to writing countless hits for other artists. 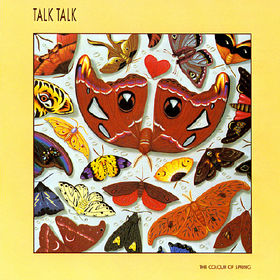 Talk Talk: “Life’s What You Make It” (Hollis/Friese-Greene)

From the album The Color Of Spring

Life’s What You Make It

Talk Talk had a string of memorable hit singles in the early-to-mid ’80s, but “Life’s What You Make It” is their masterpiece. The song barely broke the Top 100 in the United States, but thankfully MTV had the good taste to put it in heavy rotation. Simply put, this is one of my all-time favorite songs. 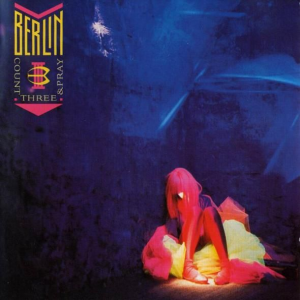 From the album Count Three & Pray

“Like Flames” was obviously not the biggest hit Berlin had in 1986, but the Analog Kid blog is the type of blog that likes to live on the edge. People don’t like me because I’m dangerous. I know, I know…my ego is writing checks my body can’t cash. 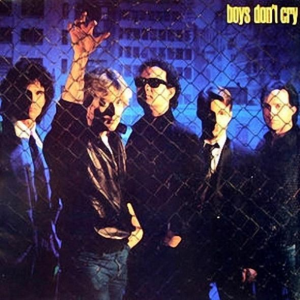 Boys Don’t Cry: “I Wanna Be A Cowboy” (Chatton/Seopardi/Richards/Ramsden)

From the album Boys Don’t Cry

I Wanna Be A Cowboy

My friend Wade is an unusual man. He is insanely intelligent, but won’t even go on Facebook because he is convinced the government is watching his every move. He can describe (in great detail) every goal scored by the U.S. national soccer team in the last twenty years. When I recently traveled to Kansas to attend a Longhorn football game, he spent a week trying to convince me that I absolutely HAD to visit the Mennonite Heritage Museum in Goessel, Kansas. After all, who in their right mind could visit Kansas without stopping in Goessel to see The Wheat Bell, a full-scale replica of the Liberty Bell made from turkey red wheat?

Wade loves to come over to my house and play tunes from my 93,000 song library. What song does he always choose first? “I Wanna Be A Cowboy.” 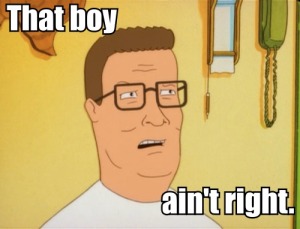 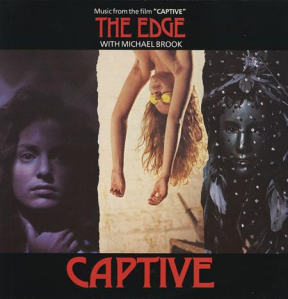 From the original soundtrack Captive

I didn’t actually discover this album until the summer of 1987. I found it as an import at a little CD store on Harbor Blvd. in Costa Mesa, and of course my u2 fanaticism required me to shell out the $21.99 import price. Captive turned out to be well worth the cost– it has some fantastic instrumental pieces from The Edge, and also features the recording debut of an unknown 19-year-old Irish singer named Sinéad on a song called “Heroine.” 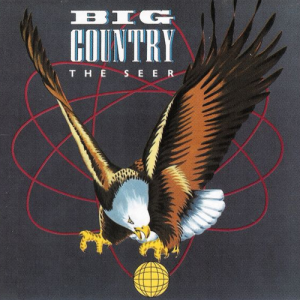 From the album The Seer

I didn’t actually purchase any Big Country music until the early ’90s. but of course I was familiar with their MTV hits in the ’80s. I bought a used vinyl copy of  The Seer in the mid-’90s, and I heard “Look Away” for the first time in about ten years. It absolutely floored me– what a chorus! I immediately acquired the rest of the Big Country catalog, and have been a huge fan ever since. Rest in peace, Stuart. 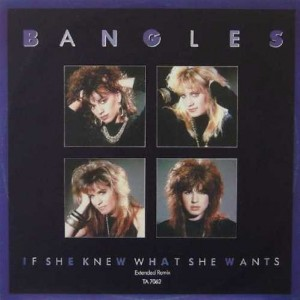 The Bangles: “If She Knew What She Wants [Extended Remix]” (Shear)

If She Knew What She Wants [Extended Remix]

A few critics chastised The Bangles for not writing a lot of the songs on Different Light themselves, but that’s crazy talk when the covers are as good as “If She Knew What She Wants.” I have included the rare 12″ extended remix from the U.K. 12″ single, which nicely extends the song without resorting to bad percussion fills and hand claps– a true rarity in the remix-happy mid-’80s world. 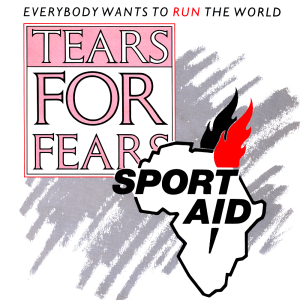 Tears For Fears: “Everybody Wants To Run The World” (Orzabal/Stanley/Hughes)

From the U.K. 12″ Everybody Wants To Run The World

Everybody Wants To Run The World

Bob Geldof apparently was not very happy with Tears For Fears for skipping Live Aid, so Roland and Curt made it up to him by re-recording “Everybody Wants To Rule The World” in 1986. The newly-christened “Everybody Wants To Run The World” helped promote the Sport Aid campaign for African famine relief, and earned Tears For Fears another Top 5 U.K. hit in the process. 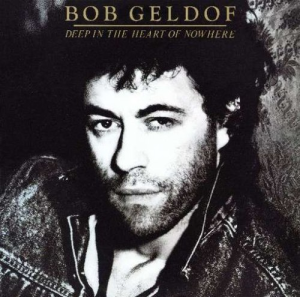 Bob Geldof: “This Is The World Calling” (Geldof)

From the album Deep In The Heart Of Nowhere

This Is The World Calling

Speaking of Sir Bob, “This Is The World Calling” was one of my favorite songs of 1986. It was produced by Geldof and Eurythmic David A. Stewart, and features wonderful backing vocals from Annie Lennox, Alison Moyet, and Maria McKee. Maria herself posted this pic from the recording session on Facebook last year: 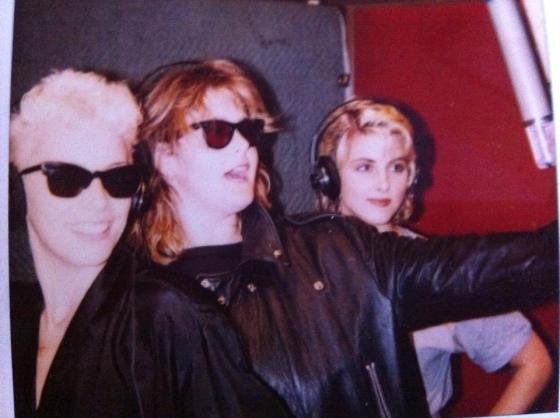 That’s some big-time vocal power right there, my friends. 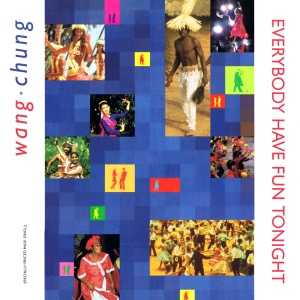 Wang Chung: “Everybody Have Fun Tonight [12 Inches Of Fun]”  (Feldman/Hughes/Wolf)

From the 12″ single Everybody Have Fun Tonight

Original version from the album Mosaic

Everybody Have Fun Tonight [12 Inches Of Fun] 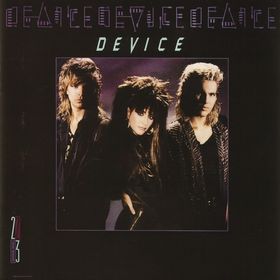 Hanging On A Heart Attack 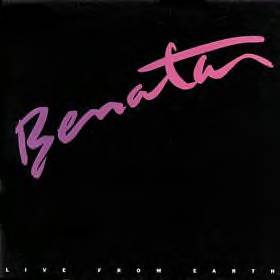 From the album Live From Earth

Love Is A Battlefield 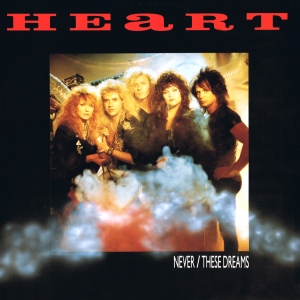 From the German 12″ Never/These Dreams 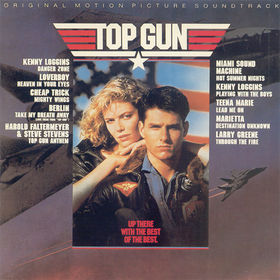 Berlin: “Take My Breath Away” (Moroder/Whitlock)

From the soundtrack album Top Gun

Take My Breath Away 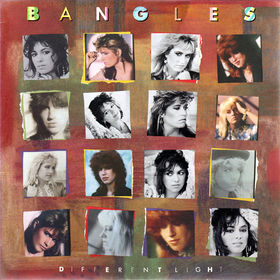 The Bangles: “If She Knew What She Wants” (Shear)

If She Knew What She Wants 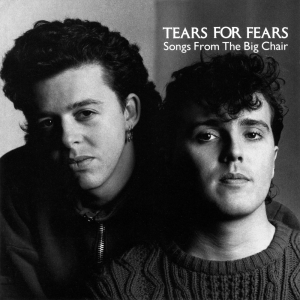 Tears For Fears: “Everybody Wants To Rule The World” (Orzabal/Stanley/Hughes)

From the album Songs From The Big Chair

Everybody Wants To Rule The World 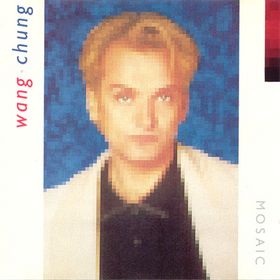 From the album Mosaic

Everybody Have Fun Tonight