2014 marks the 20th anniversary of Wildflowers, Tom Petty’s second solo album. It’s really a solo album in name only, as the Heartbreakers formed the core of the backing band for most of the record (minus drummer Stan Lynch, who left the band in ’94). Wildflowers reached #3 on the Billboard album chart, and went on to sell over three million copies domestically.

“You Don’t Know How It Feels” was the lead single from Wildflowers, and the video became an MTV staple (and helped push the song to #1 on the Billboard Mainstream Rock chart). The b-side of the single was “Girl On LSD,” a song that Warner Brothers refused to allow on the album due to its explicit drug references. “Girl On LSD” has since become one of Petty’s most-cherished (and rarest!) b-sides, and I was lucky enough to hear him play it live at my very first Heartbreakers concert back in 1995. They opened the show that night with “Love Is A Long Road,” which may be my favorite Tom Petty song (although “Listen To Her Heart” might have something to say about that).

There are rumors of a 20th anniversary deluxe reissue for Wildflowers floating around, but nothing definitive has been announced yet. We can assume “Girl On LSD” would certainly be included on any reissue that comes to pass, but in the meantime you can roll it up right here on the Analog Kid blog!

You Don’t Know How It Feels

House In The Woods 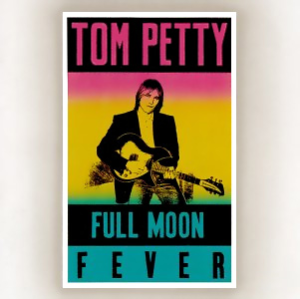 From the album Full Moon Fever

Love Is A Long Road

Tom Petty & The Heartbreakers: “Listen To Her Heart” (Petty)

From the album You’re Gonna Get It!

Listen To Her Heart

Posted by The Analog Kid on May 28, 2014 in Rock and tagged Analog Kid, Girl On LSD, Tom Petty, Tom Petty & The Heartbreakers, Wildflowers, You Don't Know How It Feels.