The “Deep Cuts” series digs into an artist’s catalog and pulls out gems that might be unfamiliar to casual fans. After all, the best songs are often found deep on side two or on the back of a 45…

It’s hard to believe that I have written 115 posts on the Analog Kid blog without mentioning this, but I suppose the time has come for me to finally come clean: I am the lead singer for a Neil Diamond tribute band. We’re called Diamondbag, and we’ve been playing shows in the Dallas area since 2001.

I’m not embarrassed to admit that I love Neil Diamond. I’ve been listening to his music for my entire life, and the fact that I have convinced four of my friends to spend 14 years playing Neil songs with me is a testament to my belief in the power of the Diamond.

Our keyboard player John loves to tell the story of the time one of his co-workers was in Ireland, and somehow found himself in an elevator with two people: one was Neil Diamond, and the other was The Edge from U2. All three pretty much looked straight ahead and said nothing during the ride– you know, traditional elevator decorum. The elevator finally stopped, and Neil exited. At that point, John’s friend took a nervous glance over at The Edge. The Edge saw the eye contact, and excitedly pointed at the now-closed door.

Here are five great Neil songs that are not nearly as famous as some of his popular tunes, but to me they represent some of his best work. Diamondbag often includes all of these songs in our show, and it always makes me smile when I see an obviously knowledgeable fan in the audience singing along with us… 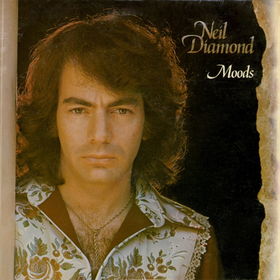 From the album Moods

Our good friend Curtis was a regular at Diamondbag shows, and “Walk On Water” was always his favorite song. He’s been gone for over nine years now, but I still dedicate it to him every time we play it.

I’ve seen Neil live multiple times, and my one minor complaint is that he rarely plays guitar anymore. A few years back, I took my Mom to see him and he shocked us with a solo acoustic rendition of this deep cut from 1969. We’ve recently added “Glory Road” to our set as a solo piano number, and the fact that no one seems to recognize it only convinces me that we need to play it more often. 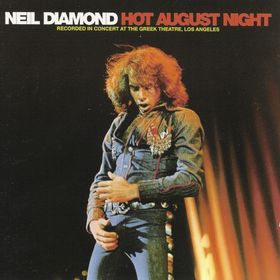 Neil Diamond: “And The Grass Won’t Pay No Mind” (Diamond)

From the album Hot August Night

Back in 2011, Diamondbag played our most ambitious show to date: we performed the entire Hot August Night double-LP on a very hot Texas August night, and that was just the first set! We had to learn about five or six songs from scratch for that show, and “And The Grass Won’t Pay No Mind” was one of them. It has since become one of our live favorites, and sometimes it even manages to shut up the drunken bar patrons and make them pay attention.

Neil Diamond: “Yes I Will” (Diamond)

From the album Serenade

I actually saw Neil play “Yes I Will” live about thirteen or fourteen years ago. It’s a very deep cut from one of his strongest records, but I never thought I’d hear it in person. Diamondbag plays a very faithful version of “Yes I Will,” but we do go a little nuts when the band kicks in about halfway through the tune. I love playing this one live.

From the album Beautiful Noise

Neil wrote “Dry Your Eyes” with Robbie Robertson, who also produced this classic album. Diamond played “Dry Your Eyes” with The Band at the famous Last Waltz concert, and a viewing of that movie about five years inspired me to add it to our set. The Beautiful Noise album also contains “If You Know What I Mean,” my all-time favorite Neil song and one that we play at every single Diamondbag show.

Neil Diamond: “If You Know What I Mean” (Diamond)

From the album Beautiful Noise

From the album The Last Waltz