Christine McVie Is Back With The Mac!

Over the weekend, Mick Fleetwood confirmed what he called “the worst-kept secret” in music: Christine McVie has returned to Fleetwood Mac after a 16-year absence. There’s no official word yet on whether or not we’ll get a tour, an album, or (hopefully) both in 2014. Christine supposedly retired in 1998 because she didn’t enjoy the grind of the road, but apparently her appearance with the band at London’s O2 Arena last September changed her mind.

I never thought I’d get the chance see one of my favorite bands fully together again– even late last year, Stevie Nicks had indicated that she expected McVie to remain retired. I guess it’s true: you can never break the chain.

Let’s celebrate Christine’s return to the Mac with ten of my favorite McVie tracks!

From the album Mystery To Me

Christine joined Fleetwood Mac in 1970, and her songwriting continued to get better and better with each album. “Why” is a great deep cut from Mystery To Me, and I would love to hear the reunited Mac revisit this song. They played a superb version of it on the first tour with Lindsey & Stevie in 1976– see for yourself! 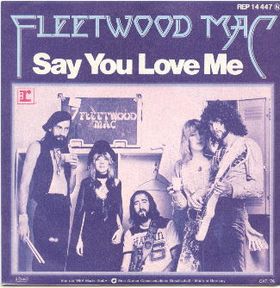 I love this special version of “Say You Love Me,” mixed (as Mick would say) “to sound great on a car radio.” The vocals have some extra reverb, and there’s also some bonus Buckingham guitar. “Say You Love Me” reached #11 on the Billboard Hot 100 in 1976.

From the album Fleetwood Mac

My Dad introduced me to Fleetwood Mac sometime in late 1975/early 1976. I lived in the San Fernando Valley with my Mom, and Dad had an apartment about thirty miles away in Long Beach. I remember him having to hustle me back to the valley after one of my weekend visits because he was going to see Fleetwood Mac that night. I had never heard of the band, so he played me “World Turning” in his 280ZX and turned it up loud. The eight-year-old Analog Kid was hooked for life. 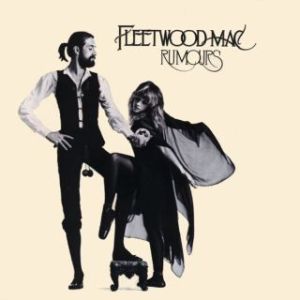 From the album Rumours (2004 Deluxe Edition)

The 2004 remaster of Rumours contains a second disc of alternate takes and demos, and one of my favorites is this rough version of “You Make Loving Fun.” Stevie’s backups on this version are fantastic, although they eventually decided not to use them on the released version.

“You Make Loving Fun” was the fourth Top 10 hit from the Rumours album.

Original version from the album Tusk

Another punchier single mix for a great McVie song. “Think About Me” peaked at #20 on the Billboard Hot 100, but it should have been a huge hit. Again, the vocal interplay between McVie and Buckingham is stellar. I would love to hear this one live in 2014.

Fleetwood Mac: “Over And Over” (McVie)

From the album Tusk

“Over And Over” was the opening track on Tusk, an album that I consider to be one of the boldest releases in music history. The band was under intense pressure to match the success of Rumours, and instead they issued a double album filled with idiosyncratic pop masterpieces. I remember buying this at the small record counter at my local Skaggs-Albertson’s grocery store in Plano, and it cost me a whopping $15.98. In 1979, you could buy a bicycle for $15.98. It was still worth it. 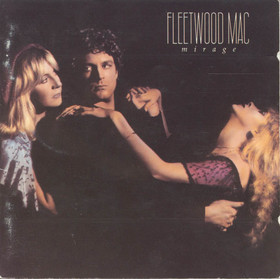 From the album Mirage

After the “failure” of Tusk (only four million copies sold? How terrible!), Fleetwood Mac’s next album was a more starightforward rock record. Christine again had the honor of leading off the album with “Love In Store,” and the song was also the third single from Mirage (it peaked at #22). Again, the harmonies!

One of my biggest musical regrets is that I missed the Mirage tour. I was in tenth grade at the time, and I wasn’t old enough to drive yet. I couldn’t convince any of my friends to go with me, so I missed a prime opportunity to see my first Mac concert. I would have to wait fifteen years for another chance to see the classic lineup together. 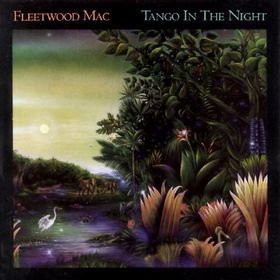 From the album Tango In The Night

Christine contributed two big hits to 1987’s Tango In The Night (“Everywhere” and “Little Lies”), but “Isn’t it Midnight” isn’t far behind those two classics in my book. I love Lindsey’s eerie backup vocals, and his guitar solos certainly do not suck either.

From the album Greatest Hits

“As Long As You Follow” was one of two new songs on the 1988 Greatest Hits album. Lindsey Buckingham had left the band prior to the tour for Tango In The Night, so this is the first Mac recording to feature new band members Billy Burnette and Rick Vito. “As Long As You Follow” only reached #43 on the Billboard Hot 100, but it has become a fan favorite over the years. 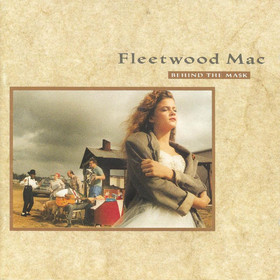 From the album Behind The Mask

“Skies The Limit” is my favorite song from Behind The Mask, Fleetwood Mac’s first full-length album following Buckingham’s departure. It was only a minor hit on the Adult Contemporary chart, but I love the breezy feel of this underrated McVie gem.

From the 12″ single Everywhere

From the 12″ single Little Lies

Christine McVie: “Got A Hold On Me” (McVie)

From the album Christine McVie

Christine McVie: “Love Will Show Us How” (McVie)

From the album Christine McVie

Posted by The Analog Kid on January 15, 2014 in Rock and tagged Analog Kid, Christine McVie, Fleetwood Mac, Mystery To Me, Rumours, Tango In The Night, Tusk.