Every Tuesday, the Analog Kid blog goes back in time and features five groovy R&B/soul songs from a specific year. Warning: by R&B/soul, I also mean disco. I could go Gloria Gaynor on your ass at any given moment, so just be ready!

Today, we go back to the year 1979. The disco backlash was beginning, but there were still plenty of great songs to make you shake your groove thing!

From the album Rock On

You Can’t Change That

“You Can’t Change That” randomly popped into my head one day in the summer of 1995. I don’t think I had heard the song in almost fifteen years, but I was able to find it on a soul compilation CD that I ordered on this new-fangled thing called the internet. When the CD arrived, I found that I remembered (and liked) every single song on it. My love for ’70s R&B/soul had been rekindled, and I haven’t stopped digging through the genre since.

“You Can’t Change That” went to #9 in the summer of 1979, and band leader Ray Parker Jr. would go on to write a large number of hits, both for Raydio and as a solo artist. Some of them even managed not to rip off “I Want A New Drug.” 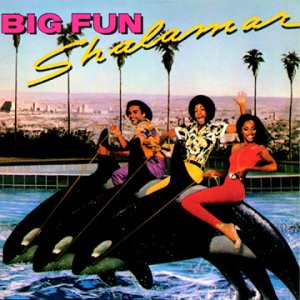 From the album Big Fun

Don Cornelius put Shalamar together from his troop of dancers on Soul Train, a show that had already made Watley semi-famous for her moves and fashion sense. “Second Time Around” went as high as #8 on the Billboard Hot 100, and was the only Top 10 single for the group. Of course, Watley went on to enjoy tremendous success as a solo artist in the ’80s. Based on my wife’s excited yelps whenever “Looking For A New Love” comes up on shuffle, I may just have to devote an entire blog to her solo career in the near future.

From the album Ray, Goodman & Brown

Ray, Goodman & Brown had been making records as The Moments for over ten years, but a contractual obligation forced them to adopt a new moniker. They hit #5 with “Special Lady,” an old-school slice of early-’70s soul that almost equaled the success of “Love On A Two-Way Street.”

From the album We Are Family

If “Lost In Music” sounds like a great lost Chic track, that’s because it basically is a Chic track. Like the rest of Sister Sledge’s We Are Family, the song was written and produced by Nile Rodgers & Bernard Edwards. The Bee Gees get all of the credit for dominating the pop music charts in the late ’70s, but Nile & Bernard weren’t far behind. “We Are Family” went as high as #2 in late 1979, and earlier that year Chic’s “Good Times” made it all the way to #1.

“Lost In Music” only reached #35 on the R&B charts in the United States, but it’s a great cut from a fantastic album. Sister Sledge are often written off as a one-hit wonder, but their entire catalog is excellent (notation made for another future blog entry).

As for Nile Rodgers & Chic, the band is once again deservedly nominated for the Rock and Roll Hall Of Fame this year. Anyone who questions their inclusion should not be reading the Analog Kid blog.

GQ stands for “good quality,” and this classic dance track from 1979 is indeed quality stuff. “Disco Nights (Rock-Freak)” went as high as #12 on the Billboard Top 100, and it topped the R&B chart.

From the album Sports

I Want A New Drug 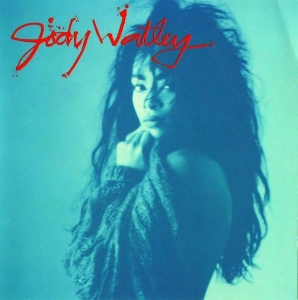 From the album Jody Watley

Looking For A New Love

The Moments: “Love On A Two-Way Street” (Sylvia Robinson/Burt Keyes)

From the album A Moment With The Moments

Love On A Two-Way Street

Original version from the album We Are Family

We Are Family [Single Version] 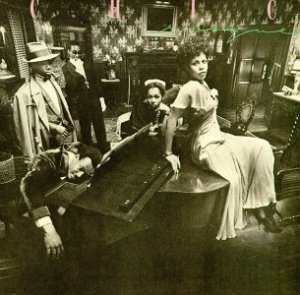 From the album Risque