July 13, 1985, was a very special day. The world watched Live Aid. I turned 18. And for the very first time, the theme song from a James Bond movie ascended to #1 on the Billboard Hot 100. Paul McCartney couldn’t do it. Carly Simon couldn’t do it. But in 1985, Duran Duran could do anything they wanted to.

I must have done something special for my 18th birthday, right? You’re damn right I did: I got up at 6 AM and watched MTV. I watched MTV all day long. It was obvious that Live Aid was a once-in-a-lifetime event, and I wasn’t going to miss even a second of it, I still own the videotape I made that day of all my favorite artists. It even has a U2 sticker on it that I pulled out of a box of Frosted Flakes that day (very progressive, Kellogg’s!).

I didn’t go out to dinner that night. I didn’t have a beer. I didn’t even spend any real quality time with my family, although I am pretty sure that my sister spent a good chunk of the day watching with me. I think she fell in love with U2 that day, as did a lot of other people around the world. I had already long been under U2’s spell, and their set was the highlight of the day for me up to that point.

And then this guy took over:

To this day, Queen’s 20-minute set remains the best live performance I have ever seen.  It was one hell of a birthday present.

Duran Duran played a set in Philadelphia later that night, and included “A View To A Kill” on the actual day that it hit #1 on the charts. They might have had a better day than I did, but not by much.

In remembrance of that amazing 18th birthday, let’s take a look at the Billboard Hot 100 Top 5 songs on July 13, 1985. If you don’t mind, I’m going to have that long-overdue beer while we do so…

Eurythmics: “Would I Lie To You? [ET Mix]” (Annie Lennox/Dave Stewart)

Original version from the album Be Yourself Tonight

This was the song that finally made me admit how much I loved the Eurythmics. When “Sweet Dreams Are Made Of This” hit MTV in the summer of ’83, I didn’t know quite what to make of the orange hair and the cow. At one point during the summer, I came down with a horrible case of the flu and spent two delirious days in bed with that cow and that synth riff on auto-repeat in my brain. I still can’t hear “Sweet Dreams” without breaking into a cold sweat.

I’ll be honest: in 1983, I was stuck in classic rock mode. My notebooks at school were covered with handwritten Scorpions and Iron Maiden logos. I looked at Annie and Dave and said, “I can’t like this. There’s no guitar.”

“Would I Lie To You?” had guitar. And horns. And a killer soulful Lennox vocal. I bought Be Yourself Tonight immediately, and everything the duo have put out (both together and solo) ever since.

Survivor: “The Search Is Over” (Frankie Sullivan/Jim Peterik)

From the album Vital Signs

The Search Is Over

“The Search Is Over” was the third top 20 single from Vital Signs, the first Survivor album with Jimi Jamison on vocals. Original vocalist Dave Bickler had to leave the band due to vocal problems, and Jamison stepped in for what became the band’s biggest record. Don’t feel too bad for Bickler, though. His voice got better and he eventually made what I assume to be a boatload of money as the voice of the Budweiser “Real Men Of Genius” campaign.

Supposedly, both Bickler and Jamison are currently back in Survivor and a tour is being planned featuring both singers. Here’s to you, Mr. Van-Halen-Could-Never-Pull-Off-This-Two-Singer-Shit Man!

From the 12″ single Raspberry Beret

Original version from the album Around The World In A Day

I love Prince. I’ve been lucky enough to see him live five times, and he is easily the most dynamic performer I have ever seen in person. He’s also the best guitar player I’ve ever seen– I just wish he would play more of it these days. Back in 1985, though, I changed the station whenever Prince came on TV or the radio. I think I was still mad at him for keeping “Dancing In The Dark” out of the #1 slot a year earlier. My sister, who was 14 at the time, listened to him constantly and it drove me nuts. She loves to remind me of this. Yes, my dear sister, you were correct: Prince is a God. This fantastic 12″ remix of “Raspberry Beret” is for you.

From the album No Jacket Required 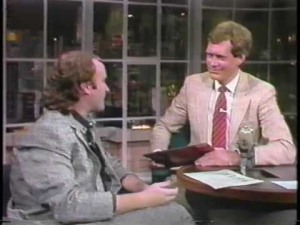 David Letterman spent the summer of 1985 asking the same question every night: what in the hell does “Su-su-sudio” mean? He finally got Phil on his show to answer the question. I was so excited that I videotaped it. I just wish I could remember what the answer was…

“Sussudio” had hit #1 the week before, becoming Collins’ second chart-topping single in America (“Against All Odds” was the first). I was actually very upset with Phil on July 13, 1985. Who plays a set at Live Aid in London, flies across the Atlantic on the Concorde, and then plays the exact same set on stage in Philadelphia? Phil Collins, that’s who.

Was Phil even punished for this seemingly ridiculous act of self-promotion? No, he was not punished. Quite the opposite, in fact: he got behind the kit and played drums for Led Zeppelin’s reunion set later that night. Maybe “Sussudio” is Italian for bullshit.

TRIVIA QUESTION: Led Zeppelin had two drummers on stage at their Live Aid performance. Phil Collins was obviously one– who was the other? Put your answer in the comments section!

Duran Duran: “A View To A Kill” (Duran Duran/John Barry)

From the 7″ single A View To A Kill

A View To A Kill

“A VIew To A Kill” was the first James Bond theme to hit #1, and it was also the last. Earlier I said that Duran Duran could do anything they wanted in 1985, but that really wasn’t true: they couldn’t get along.  Guitarist Andy Taylor and bassist John Taylor had already released The Power Station with Robert Palmer, and tension in the band was high. In fact, their performance at Live Aid turned out to be the final performance of the original lineup until their long-awaited reunion in 2003. I was one of the lucky few who saw a show on the small club tour that served as their reintroduction, and it remains one of my all-time favorite concerts. It’s hard for me to believe now, but back in 1985 I wasn’t really a big fan of Duran Duran.

I know, I know. But gimme a break, will ya? After all, I had just turned eighteen.

From the 7″ single Live And Let Die

Carly Simon: “Nobody Does It Better” (Marvin Hamlisch/Carole Bayer Sager)

From the album The Spy Who Loved Me

Nobody Does It Better

Original version from the album The Unforgettable Fire 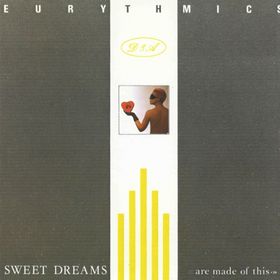 Eurythmics: “Sweet Dreams (Are Made Of This)” (Written By Dave Stewart & Annie Lennox)

From the album Sweet Dreams (Are Made Of This)

Sweet Dreams (Are Made Of This)

From the album Born In The USA

Dancing In The Dark

Phil Collins: “Against All Odds (Take A look At Me Now)” (Phil Collins)

From the soundtrack Against All Odds

Against All Odds (Take A Look At Me Now)

“Hammer To Fall” (Brian May)

“We Will Rock You” (Brian May)

We Will Rock You

“We Are The Champions” (Freddie Mercury)

We Are The Champions